During the next 10 weeks I waited …. But persevered by applying to Tel Aviv who said they would take me but soon after had a time of them not happening there so as I do I rang st Vincent’s to check on my application – I was at the bottom of the pile:( Australia had a ‘black’ budget so I pretty much wrote them off….

16th May BUT to everyone’s absolute surprise while having a mtg w my Neurologist (which my dad had flown down for) to talk about where to from here esp. considering there was only 1 treatment of ‘tysabri’ available, which I had a gut feeling not to have after the last one the previous Friday  … & there was only 1 other medication available that would cost us 31k a year as pharmac won’t fund me anymore as my disability scale is now to high (6.5).
The medication wouldn’t have much of an effect & would only be another addition to the cocktail of meds I had already had – I wasn’t keen but open to conversation …  Then we find out that 30mins before we had arrived my Nuerologist had received an email FROM ST VINCENTS INVITING ME TO APPLY FOR THE TRIAL!!!!!

Later I found out that this was depending on recent brain scans showing that I was still relapsing/remitting proven by active lesion being found (caused by a relapse). 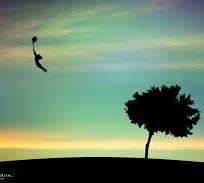